Design and Evaluation of Cyclist-Specific Interaction for a Public Display

As cycling is increasingly promoted as an environment-friendly, cheap and even fast alternative, there exists an increasing need to involve this fast growing group of cyclists in civic debate. We designed Bicycle Barometer, an interactive bicycle count display that gathers opinions from cyclists and conveys real-time, multi-dimensional data regarding cycling behavior.

Bicycle Barometer consists of a pressure sensitive floormat, a supportive armrest and a LED display. This set up is the result of an extensive design research process, in which several low-fidelity prototypes were compared in terms of ergonomics, reliability and playfulness. After several iterations, the resulting prototype was placed for one week in the city of Leuven. The Bicycle Barometer appealed to many cyclists, resulting in a 49% participation rate (of all passing cyclists). 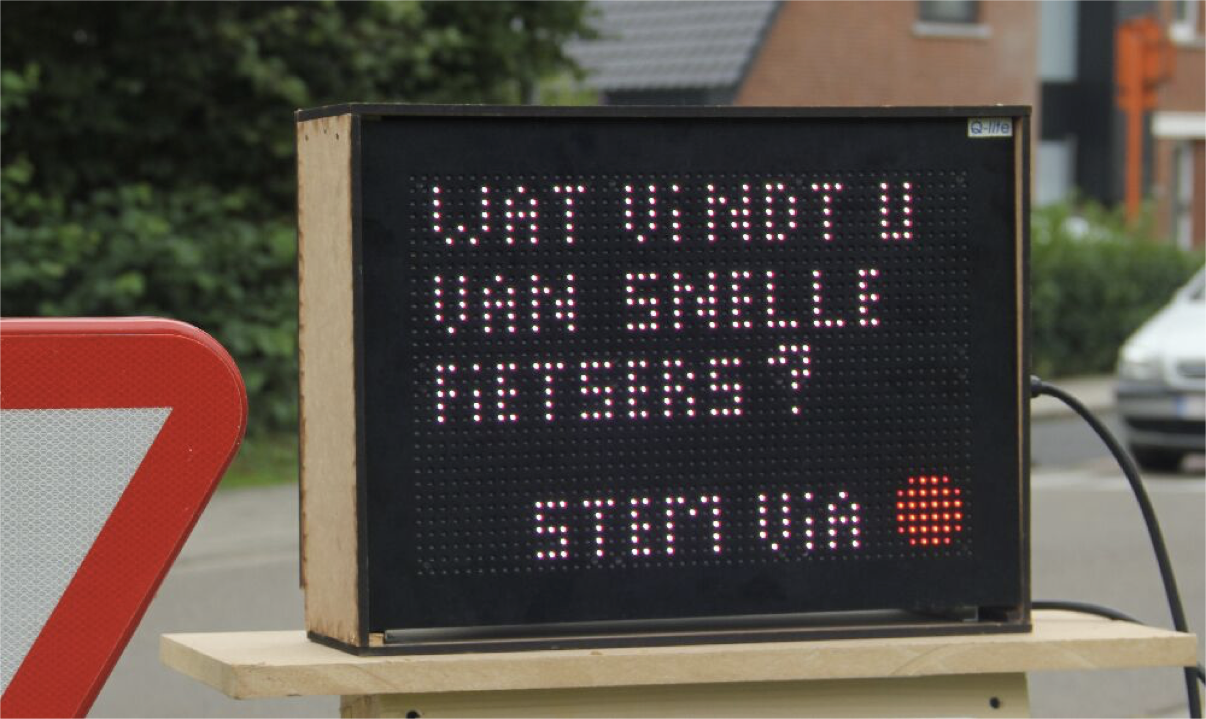 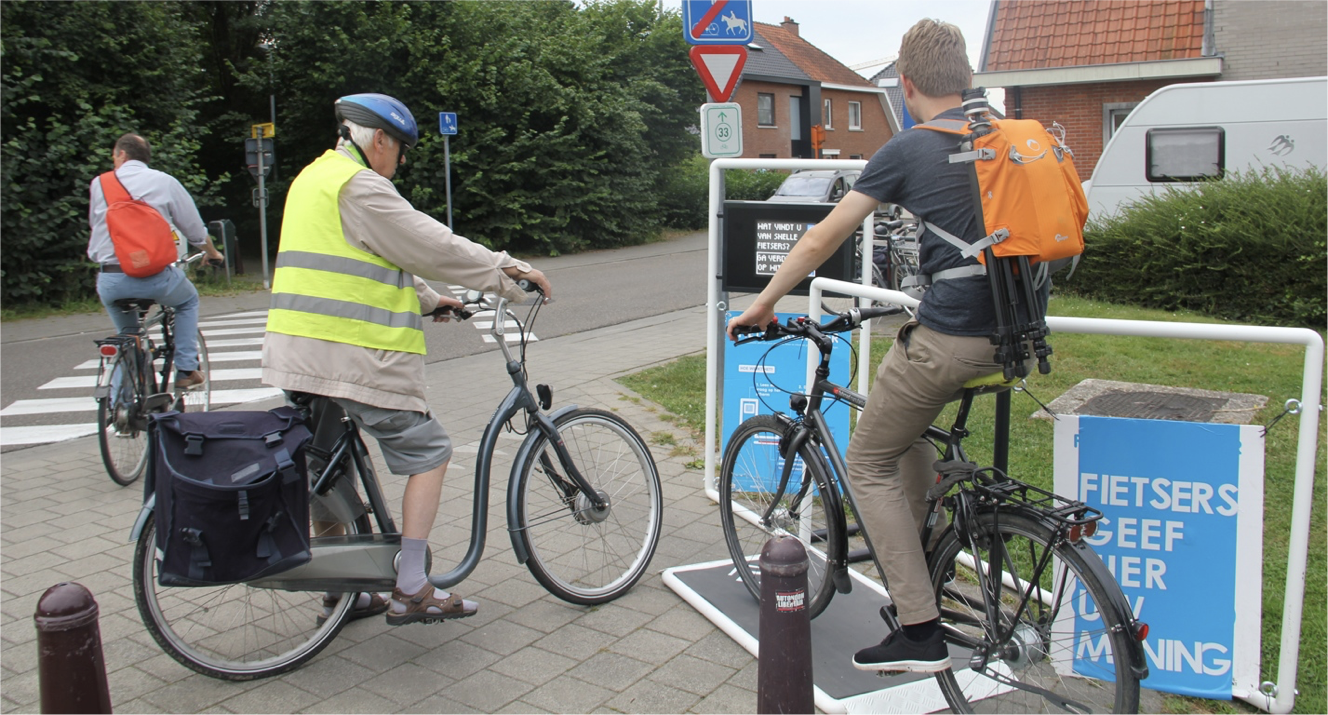